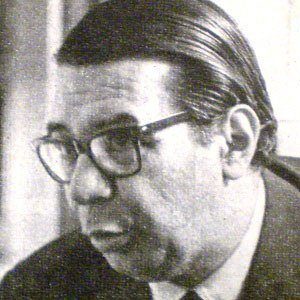 Notable for his internationally acclaimed Argentine folk music composition Misa Criolla (1964), he is also well known for his more than three hundred other works, which include Mujeres Argentinas (1969) and Cantata Sudamericana (1972).

Early in his career, he trained under the famous vocalist and composer Atahualpa Yupanqui and went on to study at Buenos Aires' National Conservatory of Music.

He served three terms as President of the Society of Authors and Composers of the Argentine Republic.

His folk song "Alfonsina y el Mar" was inspired by the Swiss-born Latin American poet Alfonsina Storni, who tragically drowned herself in the late 1930s.

Ariel Ramírez Is A Member Of