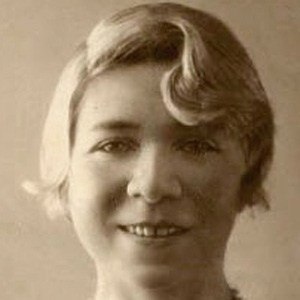 Latin-American modernist poet whose works include The Restlessness of the Rose and Sweet Injury. Several of her works, including Teatro infantil (Theatre for Children) and Nosotras y la piel (We Women and the Skin), were published posthumously.

She joined a traveling theatre troupe when she was fifteen years old and toured around Argentina performing works by Henrik Ibsen, Benito Perez Galdos, and Florencio Sanchez.

She sent her final poem -- "I'm going to sleep" -- to a publisher shortly before drowning herself in the ocean at Mar del Plata, Argentina.

She was born in Switzerland to a family of Italian-Swiss heritage, but spent most of her childhood in Puerto Rico and Argentina. She gave birth in 1912 to an illegitimate son named Alejandro.

She was a close friend of Uruguayan playwright and poet Horacio Quiroga.

Alfonsina Storni Is A Member Of