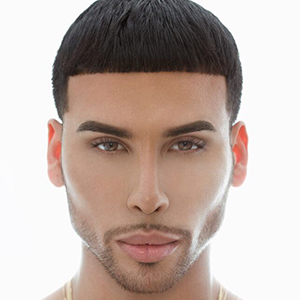 Professional makeup artist hired to do just that for both Kylie Jenner and Kim Kardashian. He became a phenomenon on Instagram with more than 2.3 million people following his makeupbyariel account.

He attended the Brooklyn High School of the Arts.

He was discovered by Kylie Jenner via his Instagram account. She direct messaged him with a message saying "Look, whenever you're in L.A., I want to work with you, let me know" in April of 2015.

He is of Cuban descent and is from New York.

In addition to working for the Jenner-Kardashian family, he has done the makeup for Naya Rivera and Lilly Ghalichi.

Ariel Tejada Is A Member Of