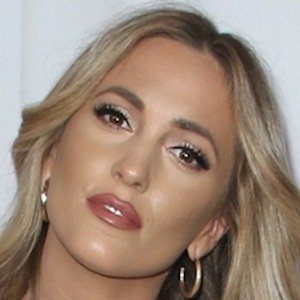 Recognized for her appearances in episodes of How I Met Your Mother, The Middle, and CollegeHumor Originals. She also played small roles in the films Rock of Ages, Don Jon, and Walk of Fame.

In her late teens, she won the Miss Hawaiian Tropic pageant crown. Several years later, she made her screen acting debut in the video production Spider Mountain: No Way Down.

A popular model as well as an actress, she has accumulated over 200,000 Instagram followers.

She was raised in poverty in Massachusetts. She later settled in Los Angeles, California.

She appeared with Joe Dinicol in a 2013 episode of the TV series Betas.

Arielle Reitsma Is A Member Of