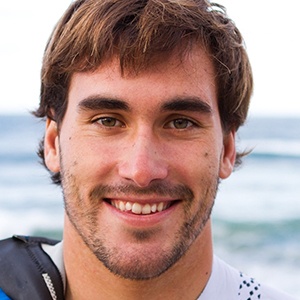 Spanish pro surfer who reached his greatest success in 2008 when was ranked among the ASP Top 45 after having won the 2007 ASP European Title.

He began surfing at the age of 7.

He is active on the video sharing site Vimeo, often posting highlight reels of his surf trips.

He often posts with pictures with his girlfriend Almudena Fernandez.

He is of the Basque ethnic group like famous soccer player Xabi Alonso.

Aritz Aranburu Is A Member Of