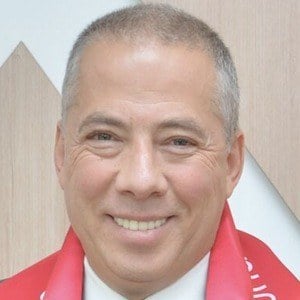 A Russian entrepreneur restaurateur, the first of his kind. He owns more than 60 restaurants around the world.

He graduated from the Moscow Culinary College, and then the Russian Presidential Academy of National Economy, in the Faculty of Economics Catering. His professional career as a cook started at the university's restaurant.

In 1992, he opened Sirena, the first seafood restaurant in Moscow.

His wife is Nadezhda Advokatova. Together they have two children Aleksandra and Nikita.

His idol is Gordon Ramsay.

Arkadiy Novikov Is A Member Of