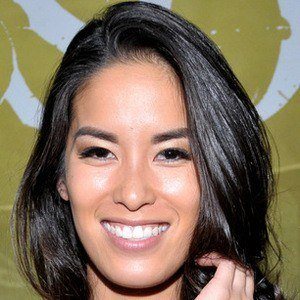 Filipino model who became known as an ambassador and ring girl for Corona. She hosted her own web series called Bite Me TV, as well as CMDH.tv and Airsplat On Demand.

She signed with her first modeling agency at 9 years old.

She has built a strong presence on social media, earning over 30,000 followers on Instagram.

She was born and raised in southern California but is of Filipino descent. Her mom put her in her first beauty pageant when she was 6 months old.

She and Ruffa Gutierrez are both Filipino models.

Arley Elizabeth Is A Member Of