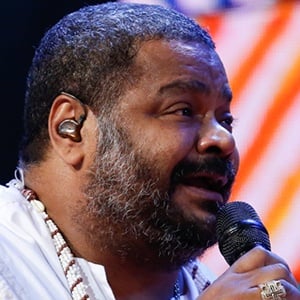 Brazilian musician, signer, and composer who has gained fame performing the musical styles of samba and pagode.

He began playing music at the age of 7.

He is considered to be one of the most important figures in the pagode movement.

He was given his first instrument  by his father, Arlindao.

Arlindo Cruz Is A Member Of