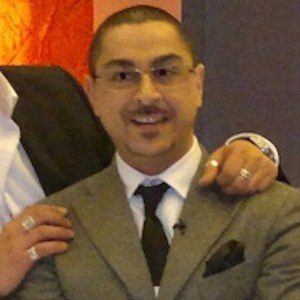 Fashion and television personality most well known as the subject and host of the Finnish reality series Kill Arman. He has also hosted a number of other series including Dresscode. Unisex, and Loman Tarpeessa.

He graduated from tailoring school in 1992 and began apprenticing until his master tailor's test in 1997.

He is the co-owner of the Finnish clothing company Pukustudio.

At the onset of the Islamic revolution in 1979, his family escaped to the United States. He eventually settled with his grandparents in Finland.

Both he and Sara Parikka are popular Finnish television personalities.

Arman Alizad Is A Member Of