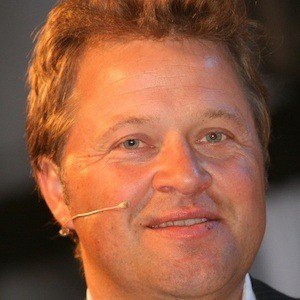 He attended business school but did not complete his studies. After finishing his mandatory military service, he worked for the Norwegian Savings Banks Association. He first appeared on television in 1990 on the show Hostell.

In 2010, he became a board member of the Conservative Party, a position which harkened back to his days chairing the Young Conservatives.

He married fellow TV host Catherine Gehrkin, with whom he has three daughters.

Arne Hjeltnes Is A Member Of