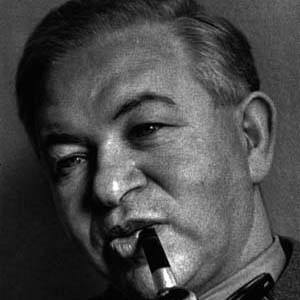 A proponent of Functionalism and Modernism who was known for his avant-garde style and his simple, but wildly popular chair designs.

He was an apprentice mason before entering the Architecture School at the Royal Danish Academy of Fine Arts where he was mentored by the famed Kay Fisker and Kaj Gottlob from 1924 until 1927. He was awarded a silver medal for chair design at the 1925 Paris Art Deco fair, Exposition Internationale des Arts Décoratifs et Industriels Modernes.

He and Flemming Lassen won the Danish Architect's Association competition in 1929 for their design of the House of the Future, which was exhibited in Copenhagen's Forum.

He was born into a wealthy Jewish family residing in Copenhagen. He wanted to be a painter, but his father thought it more sensible for him to pursue architecture. He stopped working during World War II to go into exile because of his Jewish heritage.

He was inspired by architect Le Corbusier.

Arne Jacobsen Is A Member Of