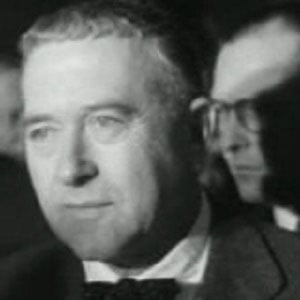 Remembered for his modernist works of architecture, he is famous for designing The Whitney Museum of American Art, The Robinson House and the Paris headquarters of the United Nations Educational, Scientific and Cultural Organization (UNESCO).

He trained at the famous Bauhaus art school in Germany and went on to work for Jack Pritchard's Isokon architectural company in England.

He was the 1968 recipient of the prestigious American Institute of Architects (AIA) Gold Medal. He was a furniture designer as well as an architect; his most famous work in this area is the Wassily Chair of 1925.

A native of Pecs, Austria-Hungary, Marcel Breuer (nicknamed Lajko) taught at the Harvard Graduate School of Design (in Cambridge, Massachusetts) before ultimately settling in New York City. He and his wife, Connie, were parents to children named Cesca and Tom.

Early in his career, Breuer was mentored by fellow modernist architect Walter Gropius.

Marcel Breuer Is A Member Of