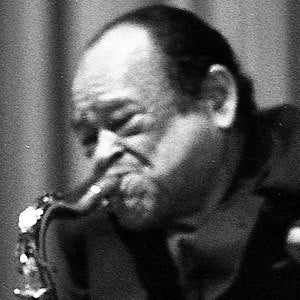 Jazz saxophonist known as "Wild Man of the Tenor Sax," whose last album, Tenor Tribute, was released in 1988.

He joined the Larkin band when he was still a teenager.

He recorded his first album, The Wild Man of the Tenor Sax, in 1943.

He resided alone Texas until dying from a lifelong illness.

He wrote the song "Smooth Sailing" for Ella Fitzgerald.

Arnett Cobb Is A Member Of