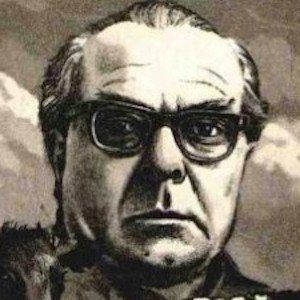 A German writer and translator, he is known for such works as Leviathan, The Egghead Republic, and Evening Edged in Gold. His most famous work is the 1970 novel, Zettels Traum.

He was born in Hamburg, Germany and was drafted into Wehrmacht service at the beginning of World War II. He was an English Prisoner-of-War for a time before beginning a post-war career as a freelance writer.

He had a cynical view of the world: in Schwarze Spiegel, he painted a picture of his personal Utopia as a post-apocalyptic place devoid of human life.

He and his wife were repeatedly displaced during and in the aftermath of World War II. In 1958, they finally settled in Bargfeld, Lower Saxony.

Arno Schmidt Is A Member Of