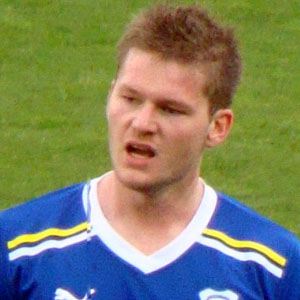 Midfielder who joined Iceland's national team in 2008; made 123 appearances for Coventry City between 2008 and 2011 before joining Cardiff City.

He began his professional career with his local Akureyri club in 2005.

He was a member of AZ Alkmaar in the Dutch league from 2006 to 2008 but only appeared in one game for the team.

He was born and raised in Akureyri, Iceland. He has a son named Aron Jr. with his partner Kris Jonasdottir.

He was teammates with Gretar Steinsson on Iceland's national team from 2008 to 2012.

Aron Gunnarsson Is A Member Of