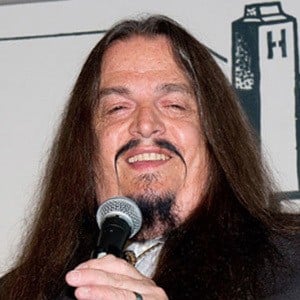 American Youtube Star who is well known for being a devout Atheist. He has accrued over 240,000 subscribers to his popular YouTube Channel.

He first gained popularity from his Foundational Falsehood of Creationism video series.

He runs his own Atheist-centric website aronra.com. He has gained over 50 million combined views between all of his YouTube videos.

He has a son named Connor.

He is a YouTube Star in the same vein as Mark Fischbach.

Aron Ra Is A Member Of