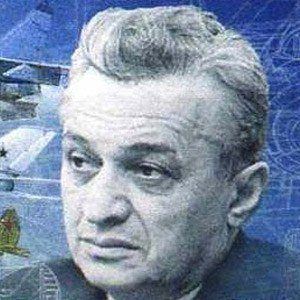 Aircraft engineer who designed many of the well-known Soviet MIG airplanes. He was twice awards the Hero of Socialist Labor, the highest civilian honor in the Soviet Union.

He was a factory worker in Rostov, and then in Moscow.

His designs came partly from ingenuity and party from trickery, like reverse-engineering a British Rolls-Royce airplane engine.

Dmitri Shostakovich was also among the few Soviet civilians to have received the Hero of Socialism Labor awards.

Artem Mikoyan Is A Member Of