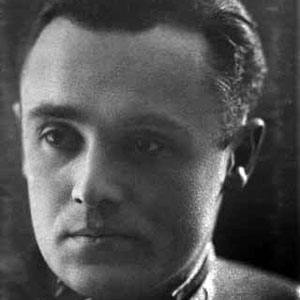 The lead Soviet rocket engineer and spacecraft designer in the Space Race who, most notably, launched Sputnik, the first satellite in space, in 1957. However, he died before he could help put a Russian on the moon before the US put one of their own on the planet.

He grew up displaying an aptitude for mathematics and he attended the Bauman Moscow State Technical University.

Before becoming a key figure in the Soviet Rocket Program he was arrested for alleged mismanagement of funds and was imprisoned in 1938 for almost six years, including some months in a Kolyma labour camp.

His parents separated when he was just three; his mother told him his father had died.

If he had his way, it would have been a Russian cosmonaut and not Neil Armstrong who first stepped on the moon.

Sergey Korolyov Is A Member Of