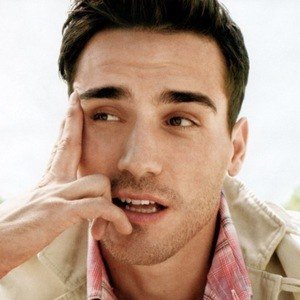 Internationally renowned male model recognized for being one of the few to grace the cover of both GQ and Details. The award-winning print and runway model is often recognized for his savvy personal style.

In 2005, he graduated with a degree in business marketing from St. Francis College. He was scouted while playing soccer for his college team and though he was hesitant at first, he eventually agreed to meet with agencies and begin his modeling career.

In 2012, he made his first foray into acting starring as Phoenix "The Fury" Mostlyn in the short film The Main Event In America.

He was born in Siberia and eventually immigrated to New York. He has dated fellow model Zhenya Katava.

In 2013, he appeared alongside Lily Aldridge in the fragrance campaign for Freedom by Tommy Hilfiger.

Arthur Kulkov Is A Member Of