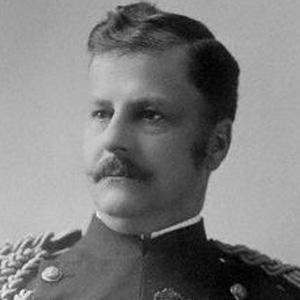 U.S. Army General who received the Medal of Honor during the Civil War.

He participated at age eighteen in the Battle of Missionary Ridge and was awarded the Medal of Honor for his wartime heroics.

He served as commander of the American occupying forces in the Philippines, but he was removed from the post in 1901 following a spat with William Howard Taft.

His son was the famous Douglas MacArthur, commander of the Allied forces in the Pacific theater of World War II.

He and Douglas MacArthur became the first father-son pair to both receive Medals of Honor.

Arthur MacArthur Jr. Is A Member Of