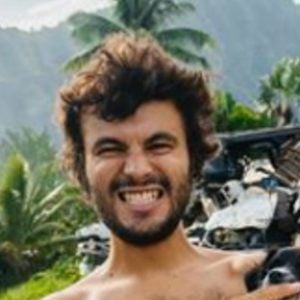 Artist who collects "waste" and "trash" to create, recreate and assemble and develop works related to sustainability, ecological and social awareness. His finished works are a combination of wall murals and sculptures in the form of animals as part of a series he called Big Trash Animals. He is also known as Bordalo II.

He previously did illegal graffiti in Lisbon. He attended but did not finish his studies at the Faculty of Fine Arts.

He would have a number of solo shows but also be a part of shows and festivals such as Life Is Beautiful in Las Vegas, Graffiti Street Underground in London and From Trash to Art in Baku.

His grandfather Real Bordalo was a painter as well.

Both he and José Rodrigues are Portuguese artists.

Artur Bordalo Is A Member Of