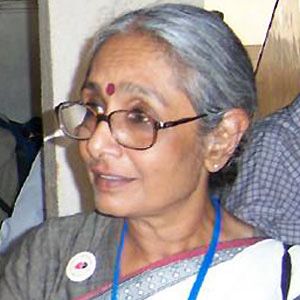 Indian political and social activist who founded the Mazdoor Kisan Shakti Sangathana, a union for workers and peasants, in 1987.

She worked as a civil servant for the Indian Administration Service for six years.

She helped pass the Indian 'Right to Information Act,' a major step in reducing the country's corruption.

She married her college classmate, Bunker Roy, in 1970.

Like Mahatma Gandhi, she is an Indian social activist.

Aruna Roy Is A Member Of