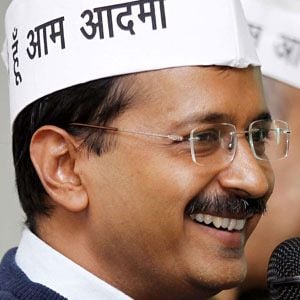 Indian politician and civil servant who received an Award for Emergent Leadership for initiating India's Right to Information movement in order to encourage poor citizens to battle government corruption in 2006.

He used to be an Indian Revenue Service, or IRS official.

He wrote a book call Swaraj to question the present democratic structure of government.

He was the child of Gobind and Gita Kejriwal and had two siblings. He married and had two children with his wife Sunita. He named his kids Harshita and Pulkit.

He worked with Aruna Roy to campaign for the Right to Information Act.

Arvind Kejriwal Is A Member Of