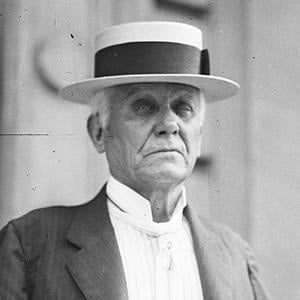 Co-founder of the Coca-Cola company and Atlanta, Georgia's 44th mayor, serving from 1916 until 1919.

He owned a drugstore and produced medicines.

He bought the formula for Coca-Cola in 1887 from its inventor John Pemberton for $2,300.

He had four children who all became involved in his real-estate business.

His name adorned the Candler Building in New York, which had a prominent role in the 1978 Superman movie with Christopher Reeve.

Asa Griggs Candler Is A Member Of