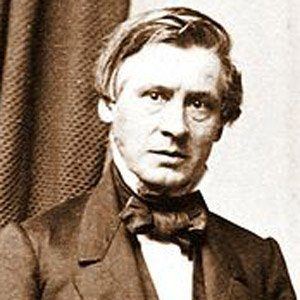 American scientist most known for publishing Gray's Manual, a unifying collection of the taxonomic knowledge of plants in the United States.

He was the first professor appointed to the University of Michigan and was set with the task of collecting books for the university's library.

The highest award of the American Society of Plant Taxonomists is named after him, The Asa Gray Award, established in 1984.

He was born in Sauquoit, New York, but traveled extensively throughout the United States and Europe.

He worked closely with Charles Darwin, who dedicated his book Forms of Flowers to him.

Asa Gray Is A Member Of