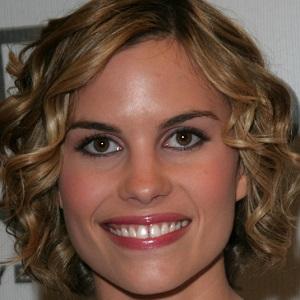 During the late 1990s and early 2000s, Bashioum portrayed Mackenzie Browning on the popular CBS soap opera The Young and the Restless. She later acted in an episode of the FX series The Shield and starred in a direct-to-video horror flick titled Flight of the Living Dead: Outbreak on a Plane.

She made her first appearance on The Young and the Restless when she was just sixteen years old.

After ending her acting career in 2007, she trained as a plastic surgeon.

She was born in Chicago, Illinois to Ralph and Lindsay Bashioum, and she grew up with a younger brother named Joshua.

She took over the role of Mackenzie Browning from fellow actress Kelly Kruger. At different points in the history of The Young and the Restless, actresses Clementine Ford and Rachel Kimsey also played the role.

Ashley Bashioum Is A Member Of