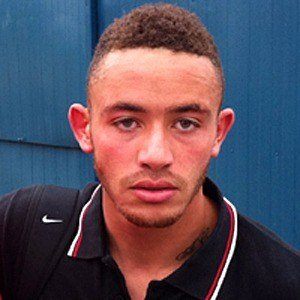 Professional soccer player turned reality star who rose to fame after starring on MTV's Ex on the Beach. He starred on the first season and returned for the second and fifth seasons of the show.

He spent his youth career playing for Coventry City and made the transition into his professional career in 2008. He started his reality television career in 2014 when he first appeared on Ex on The Beach.

His popular Instagram has drawn in more than 1.8 million followers and his Twitter has amassed more than 170,000 followers.

He dated fellow Ex on The Beach cast-members Talitha Minnis, Emily Colley, Kayleigh Morris and Melissa Reeves. He is in a relationship with Safiyya Vorajee. Their daughter Azaylia was born on August 10, 2020 and passed away at only eight months old after suffering from leukemia.

He starred on Ex on The Beach alongside Vicky Pattison.

Ashley Cain Is A Member Of