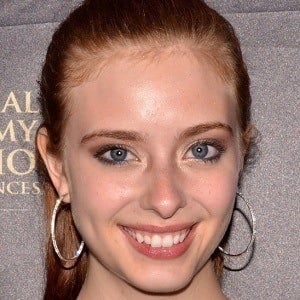 Best known for her portrayal of Alexandria Forrester in the long-running soap opera The Bold and the Beautiful, this actress has been featured in a number of short and independent films in addition to print modeling.

Originally from Mill Creek, Washington, she moved to Los Angeles, California in pursuit of becoming an actress.

She has done national commercials for Target, Starbucks, Forever 21 and Coca Cola. As a model, she has been featured in Cosmopolitan, Elle, Vogue and Harper's Bazaar, among others. She reached the #1 ranking in the Pacific Northwest tennis circuit.

She and her sister used to write and perform their own productions together.

She and Olivia Thirlby were cast in 2016 film called You Above All.

Ashlyn Pearce Is A Member Of