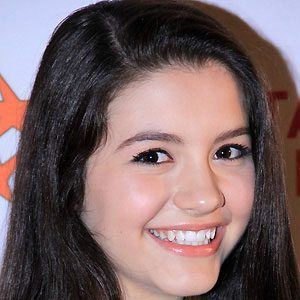 Canadian actress who became known for her role as Zoe Rivas on the popular teen series Degrassi: The Next Generation and Degrassi: Next Class. She stars as Ariana Berlin in the 2015 movie Full Out.

She appeared early in her career in an episode of the television series 1-800-Missing.

She appeared as a series regular on What's Up Warthogs!, Connor Undercover, and Clue.

She was born in Toronto, Ontario, Canada and grew up with an older brother.

Ana Golja Is A Member Of

Degrassi: Next Class
Degrassi: The Next Generation
Full Out
The Fanatic