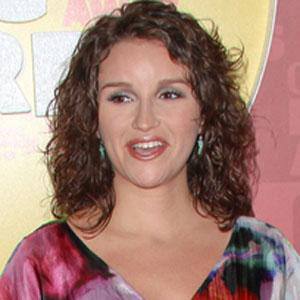 Singer-songwriter who charted two top forty country hits from her 2008 album Sounds So Good: the title track and "Takin' off This Pain."

She began singing and writing songs at the age of five; by eight years old, she was in a talent contest and at fifteen she self-released a CD.

Her third single, "Look it Up," which is about the end of a relationship with a cheating man, was released in January 2011 and made the Top 40 charts two weeks later.

She was born in Coffeeville, Alabama. She married Roland Cunningham. Together they have two children, a son named James and a daughter named Raden Delilah.

She backed up Luke Bryan on the track "Tailgate Blues" off his album Tailgates & Tanlines.

Ashton Shepherd Is A Member Of