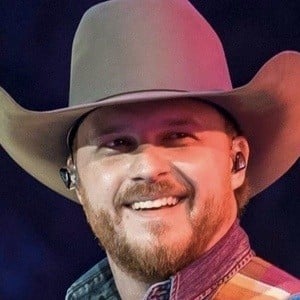 Country singer best known as the leader of the Rockin' CJB's, whose breakthrough 2014 album Cowboy Like Me cracked the Top 10 on Billboard's Country Albums Chart.

He started playing music at age 12 and worked for the Texas Department of Criminal Justice before pursuing music full-time.

He was named New Male Vocalist of the Year at the Texas Regional Music Awards in 2011.

In 2015 he welcomed a daughter, Clara Mae, with his wife, Brandi. His father Carl was a member of the band for its first two albums.

He and David Kersh are both critically-acclaimed country singers from Texas.

Cody Johnson Is A Member Of