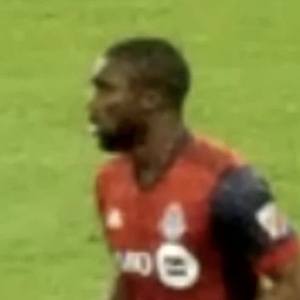 Canadian defender who began his MLS career with Toronto FC in 2011.

He began playing for the Canadian National Team in 2011.

He joined the MLS during the last year of David Beckham's MLS career.

Ashtone Morgan Is A Member Of