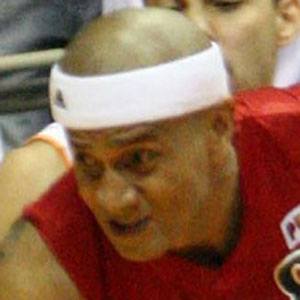 Basketball player from Tonga known for his illustrious career in the Philippine Basketball Association. He was MVP of the PBA in 2003.

He was signed by the team known as the Mobiline Phone Pals in 1999, where he stayed for the next eight years.

He made the PBA All-Star team thirteen times and was twice the All-Star Game MVP.

He was born Paulasi Taulava and moved to the United States with his family when he was six years old.

Asi Taulava Is A Member Of