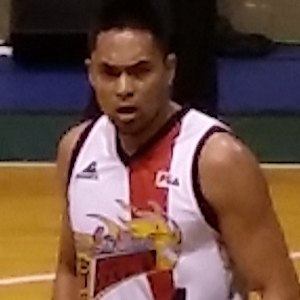 Post player who has starred in the Philippine Basketball Association, where he made the All-Star team in 2009.

He played college basketball at the University of the Philippines.

As a rookie in 2006, he played for the Rain or Shine Elasto Painters, where he was the youngest player in the PBA.

He was born in Tiwi, Albay, Philippines.

He has been considered one of the Philippine's premier athletes, along with stars such as boxer Manny Pacquiao.

Jay-r Reyes Is A Member Of