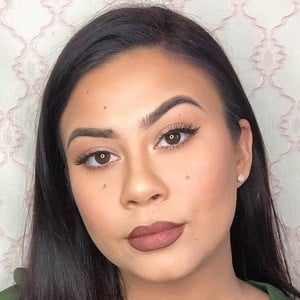 YouTube star who is famous for her self-titled channel. She has gained massive popularity there for documenting her journey to giving birth as a teenage parent as well as personal testimonials.

She has seen her YouTube channel amass more than 200,000 subscribers. Some of her most popular videos there have included "Hid my teen pregnancy for 6 months" and "GIVING BIRTH AT 15 | MY STORY."

Her daughter's name is Alani. She's been based in the Bay area.

She and Jordan Babicz are both famous for their vlogging as teen mothers on YouTube.

Asia Leigh Is A Member Of