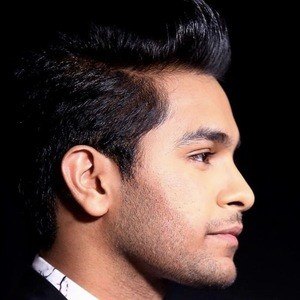 Pakistani pop singer who has earned over 260,000 Twitter followers and more than 2.2 million Instagram followers. He is particularly known for his singles "Sunlay," "Soniye," and "Hands in the Air."

In February of 2015, he saddened fans with the news that his puppy, Coco, had passed away.

Born and raised in Pakistan, he is the son of the world renowned pianist Azhar Hussain. He is close with actress Noor Khan and has posted several photos with her on Instagram.

He covered the popular Ed Sheeran single "A Team."

Asim Azhar Is A Member Of