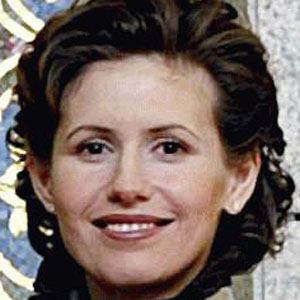 British-Syrian political figure who became the First Lady of Syria after she married President of Syria Bashar al-Assad in 2000.

She earned a bachelor of science degree in computer science from King's College London in 1996.

There was a profile about her called A Rose in the Desert published in the March 2011 issue of Vogue magazine.

She and Bashar raised three children: Zein, Karim and Hafez.

Asma al-Assad Is A Member Of