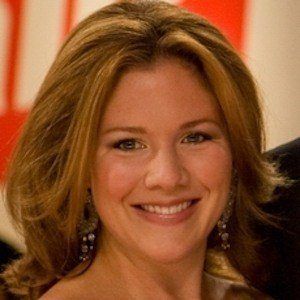 Wife of Canadian Prime Minister Justin Trudeau. She has done a lot of work with charities in addition to being a television host and entertainment reporter. She served as eTalk's Quebec correspondent from 2005 until 2010.

She struggled with bulimia nervosa from age 17 and into her early 20s. Her college education began at the Collège Jean-de-Brébeuf before studying commerce at McGill University, and later graduating with a Bachelor of Arts in Communications from the Université de Montréal.

She worked as a receptionist and assistant for an advertising firm as her first job. She would be promoted at the company to account manager, but ultimately decided the career path was not for her, electing to attend radio and television school.

She was a classmate of friend of her future husband's brother Michel Trudeau. She and Justin reconnected in 2003 while co-hosting a charity ball and began dating months later. They have children together named Xavier, Ella, and Hadrien Trudeau. Her mother Estelle was a nurse and her father Jean was a stockbroker.

Sophie Grégoire-Trudeau Is A Member Of