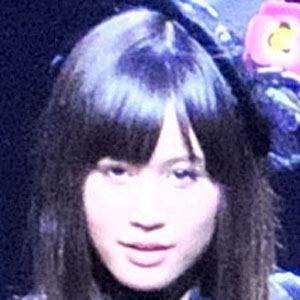 Japanese singer and actress best known for her work in the pop group AKB48. She began pursuing a solo career in 2012.

She first became a member of AKB48's A-team at age fourteen.

She won the Popularity Award for Actor/Actress at the 2012 Japan Academy Awards for her work in the film Moshidora.

She has a sister named Miyuki. She has dated kabuki actor Matsuya Onoe. In 2018, she married actor Ryo Katsuji.

She and Sayaka Akimoto have both been members of AKB48.

Atsuko Maeda Is A Member Of