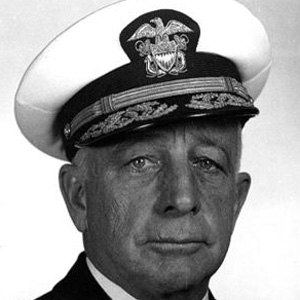 Superintendent of the Naval Academy who served as an Admiral in the U.S. Navy during World War II.

He received a Distinguished Service Medal for his heroics in the Battle of the Coral Sea.

He was married to Gwyneth Fitch.

He was born in the same year as Benito Mussolini.

Aubrey Fitch Is A Member Of