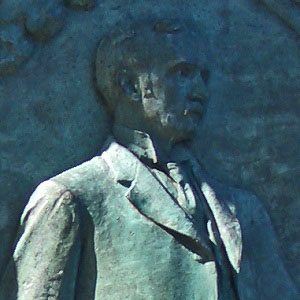 Mining engineer who became the first President of the Commission of Parks in Kansas City, Missouri and is responsible for the development of the city's park and boulevard system. He founded the Kansas City Smelting and Refining Company and later served as President of the United Zinc Company.

He graduated from the College of the Canton of Zurich in Switzerland and the School of Mines in Germany before returning to his hometown of St. Louis, Missouri.

Following his death, his home was purchased by Howard Vanderslice and turned into the Kansas City Art Institute.

He was married to a woman named Emma. His parents were Heinrich Peter Meyer and Anna Catharina Margaretha Kraft.

A bronze relief scultpure of him was created by famed sculptor Daniel Chester French in 1909.

August Meyer Is A Member Of