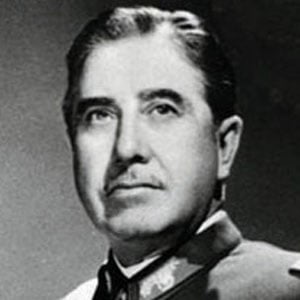 Leader of the military junta that overthrew Chile's government in 1973 and came to govern the nation with an iron fist until 1990. He moved the Chilean economy towards the free market and privatized hundred of state-controlled industries.

He ran a communist-eradication program in Chile, leading the army on massive crackdowns on political offenders real and imagined.

He was arrested in 1998 in England on human rights charges, and the case stirred worldwide controversy, though Pinochet was already in frail health.

He had two sons and three daughters with his wife Maria Lucía Hiriart Rodríguez.

In 2003 then-Secretary of State Colin Powell called the American support for Pinochet a moment in American history he is not proud of.

Augusto Pinochet Is A Member Of