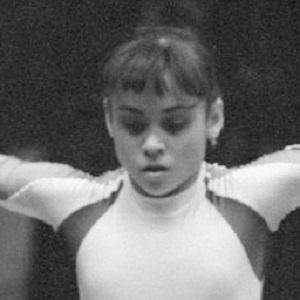 Romanian artistic gymnast who won the 1987 World Artistic Gymnastics Championships at age 14, scoring five perfect-tens during the competition. She later won a silver medal as part of the Romanian team at the 1988 Olympic Games.

She was born in Bucharest, Romania.

She was thought to be the youngest World Champion in artistic gymnastics ever until it was discovered that 1981's champion, Olga Bicherova, had falsified her age. She is extremely popular on TikTok with over 6 million fans on her aureliadobre account.

She married Boz Mofid in 1992 and has sons named Cyrus, Darius, Marcus and Lucas.

She and American Shannon Miller are both World Champions in artistic gymnastics.

Aurelia Dobre Is A Member Of