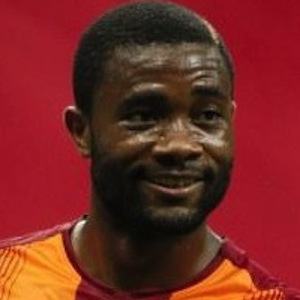 Cameroonian international defensive back known for his play in Ligue 1 with Lille and the Turkish Super Lig with Galatasaray. He won a Ligue 1 title in 2011 and a Super Lige title in 2015.

He played youth soccer at Kadji Sports Academy in Cameroon before moving to Spain to play with Villareal. He made his professional debut in 2003 with Pau FC.

He grew up in Douala, Cameroon.

He and Wesley Sneijder have played together on Galatasaray.

Aurelien Chedjou Is A Member Of