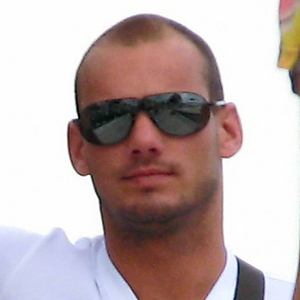 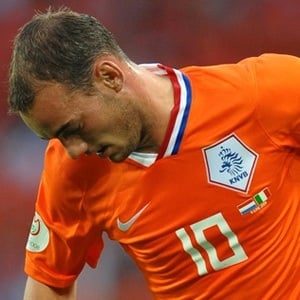 Dutch midfielder who joined Galatasaray in 2013 and was named the UEFA Midfielder of the Year while playing with Internazionale in 2010. He played for Real Madrid from 2007 to 2009 and became a member of the Dutch national team in 2003.

He began his 10-year youth career with Ajax at the age of seven and debuted for the club's senior squad in 2002.

He played a key role in the Netherlands reaching the 2010 World Cup Final and was awarded the FIFA World Cup Silver Ball.

His Dutch team was defeated by David Villa and Spain's national team in the 2010 World Cup Final.

Wesley Sneijder Is A Member Of