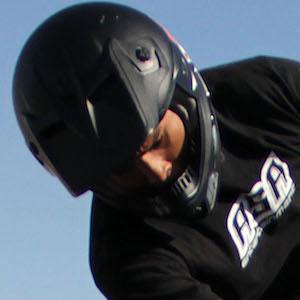 Professional BMX rider known widely for taking bronze medals in both the vert and mini mega categories at the X Games Asia in 2010. He also took the silver medal at the 2008 Action Sports World Tour and the bronze at the 2008 Dew Tour.

His interest in sports was sparked at ten when he began skateboarding. Not long after, however, he inherited his older brother's BMX bike and his future was sealed. After witnessing the first X Games in 1995, he resolved to eventually compete in the games.

He is a successful real estate broker and earned a degree in urban planning and development from the University of Southern California.

His parents are Freddie and Jeanette Coleman. His mother was, like him, a real estate broker.

He is friends with fellow BMX professional Mike Spinner.

Austin Coleman Is A Member Of