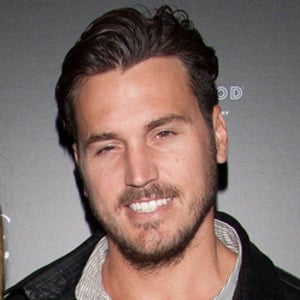 Best known for his BMX dirt bike riding career. He has competed in various X Games tournaments, and won three titles in the BMX dirt portion between 2004 and 2006. He became the first rider to ever achieve this feat.

He made his BMX dirt debut at the 2002 Planet X Games. This provided to be his breakout moment, and soon after, he amassed a cadre of sponsors.

He earned the NORA Cup Award for Best Dirt Jumper of the Year for five years running, between 2004 and 2008. In November 2013, his YouTube reality series, Hanging Foul, premiere on the Red Bull channel. It ran for 10 total episodes.

He was born and raised in Brisbane, Australia. In June 2016, he and long-time girlfriend Audrina Patridge welcomed a daughter named Kirra. On November 5, 2016, he and Audrina got married, the couple separated the following year.

He began on and off dating Audrina Patridge in 2008. He appeared alongside her on an episode of MTV's series The Hills in August 2008.

Corey Bohan Is A Member Of