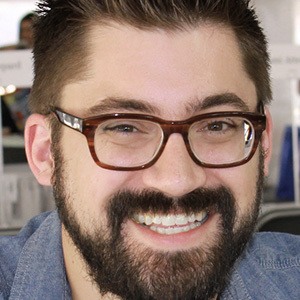 Non-fiction writer who is known for his illustrated books Steal Like an Artist, Newspaper Blackout, and Show Your Work!. He is also known for his motivational speaking work and has given talks at Pixar, Google, SXSW, and The Economist.

He started his career with several jobs including as a librarian, web designer, and advertising copywriter. He gained recognition when his books started receiving attention in The New York Times and The Wall Street Journal.

He is known for having earned his Bachelor's of Philosophy in Interdisciplinary Studies from Miami University.

While he was born in Ohio, he later settled in Austin, Texas.

He was featured on the BuzzFeed list of 37 Books Every Creative Person Should Be Reading alongside fellow authors Twyla Tharp and Anne Lamott.

Austin Kleon Is A Member Of