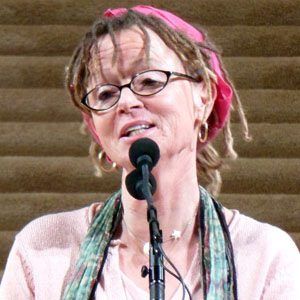 An American author of fiction and non-fiction, she is known for works such as All New People (1989 novel) and Traveling Mercies: Some Thoughts on Faith (1999 non-fiction book). Her work commonly focuses on topics such as alcoholism, depression, Christianity, and motherhood.

She attended the Drew School in San Francisco, California and subsequently worked as a writing teacher. She published her debut novel, Hard Laughter, in 1980.

She was the subject of the 1999 documentary film, Bird by Bird with Annie.

She contributed to Salon.com, which was founded by David Talbor.

Anne Lamott Is A Member Of