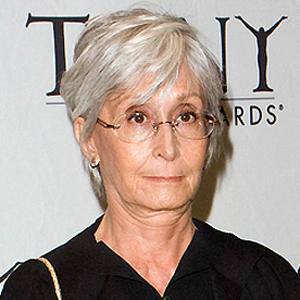 Dancer and choreographer known for making use of popular music in ballet. She received a number of awards during her career, including two Emmies and the Princess Grace Award for Outstanding Artistry in 2006.

She was named after Twila Thornburg, who was the Pig Princess at the 89th Annual Muncie Fair, which was held in Indiana.

She used the music from The Beach Boys to choreograph Deuce Coupe.

Gave birth to her son, Jesse, on March 3, 1971. She has been married and divorced twice.

She choreographed dances to the musical Movin' Out which features the songs of Billy Joel.

Twyla Tharp Is A Member Of